"People, workers, the elderly, all these people I see with sympathy and affection. These are the people who have fought the battle of life and who now and then show the hard work and the frustration… It’s all about human activity, it’s truth, and we all get there."

Van de Weghe Fine Art is pleased to present an exhibition of sculpture by Duane Hanson, the most comprehensive solo exhibition of the artist’s work in New York since his 1998 retrospective at the Whitney Museum of Art. With seven of Hanson’s life-size, hyperrealist sculptures, the show will present work from throughout his career, from the 1970s through the 1990s.

Beginning in the late 1960s with such sculptures as Gangland Victim, Bowery Derelicts, and Trash (dealing with abortion) Hanson tackled timely social subjects in a brutally realist manner. Unusually frank in their depiction of violence, these works elevated social and political issues to an iconic level. Shortly thereafter, in 1970, Hanson evolved both in terms of his style and his subject matter to create more subtle investigations of character, that of the everyday people he encountered.

In these works from the 1970s onwards – what has come to be recognized as Hanson’s mature work – the artist shows us ordinary people living unremarkable lives: a cleaning woman, a delivery man, a waitress, a photographer. Caught in moments of reflection, often while doing mundane activities, Hanson’s figures are ordinary people that one would otherwise pass by practically without notice. “My work deals with people who lead lives of quiet desperation”, he explained.

With his meticulous attention to detail, and by posing his models in states of contemplation, Hanson gives the viewer permission to stare, to examine, and to consider their situations. And it is precisely through this acuteness of observation that he obliges one to regard them subjectively rather than objectively. In allowing the unusual privilege of staring, and by compelling us to confront these individuals in their awkwardness and during their own moments of reflection, he ultimately leads us to empathize with their situations. 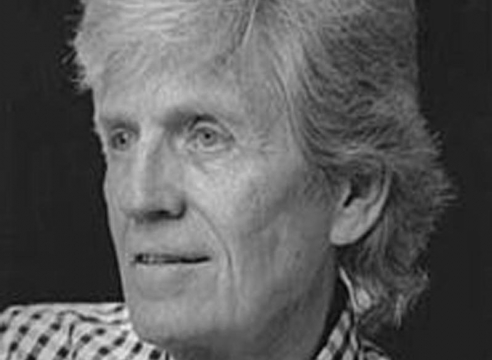